I apologize for the formatting towards the end, the text box was not cooperating with me at all! Oh and the bold text in the middle of a paragraph, not by someone’s name is Athena’s thoughts. Please comment and let me know what you think!

It was just another regular day. Athena woke up, made herself some breakfast and headed outside to get the morning paper. What she was met with was something totally different. There in front of her was a huge contraption.
Athena: What the heck is this thing? 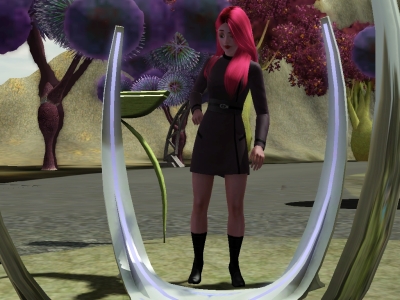 Athena: I wonder what will happen if I kick it… 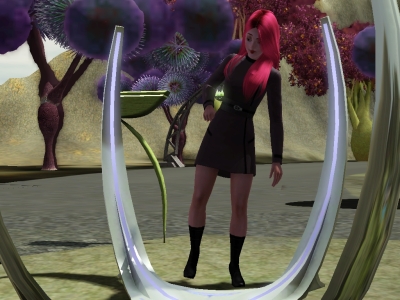 Suddenly a bright blue light appeared, sending Athena stumbling a few inches back. What the…? 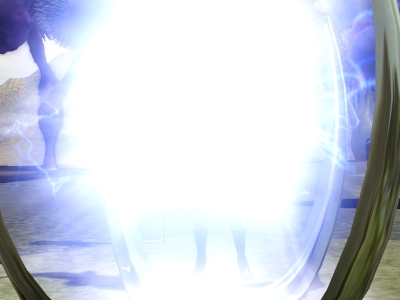 A young man casually strutted out of the portal as if nothing strange had happened at all. His blue spiky locks fell over his face which was hidden well behind glasses.

Athena: Who the heck are you?
Blue Hair Guy: My name is Emit Relevart. Who are you?
He looked around, obviously confused about his surroundings.
Emit: This is not Riverview…
At the utterance of “Riverview” Athena began to laugh hysterically. She was holding onto her sides.
Athena: You think you’re in Riverview? You do realize that place doesn’t actually exist                                                right? Next you’re going to tell me that you’re coming from Sunset Valley.

Athena was hesitant at first but a quick walk around her house revealed that power cells were indeed a real thing and were scattered all around her yard. She handed the power cells to the mysterious time traveler.

Emit: Thank you. I am sorry for having interrupted you. I will be heading back now.

He turned to go back to portal when Athena had a crazy idea. Why don’t I go with him? The worst that could happen is that this guy is a whack job and the portal doesn’t actually work. She had high hopes though because she knew by the way Emit dressed, he was not from Lunar Lakes. As Emit started up the portal, Athena slowly crept toward it. As a blue light began to form, Athena rushed in along with Emit. 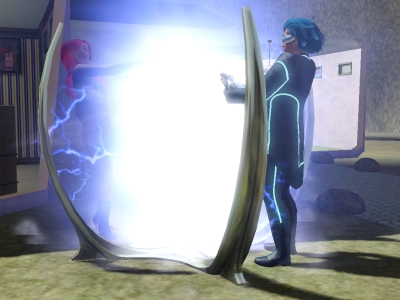 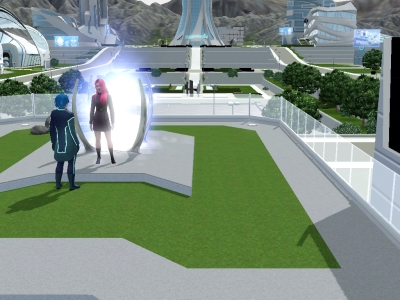