The next day, Athena woke up to several texts from Erin. She insisted on meeting up so the two could talk about the party. Athena had to admit, she was embarrassed. She shouldn’t have been so upset by Martin’s actions, but she couldn’t help it. At least, that’s what she tried to convince herself of. Anyway, Erin insisted on meeting up at the park, so Athena got dressed and made her way over there.

When she got there, Erin was decked out in her fitness gear. She was probably out for a run, something she always did to clear her head.
Athena: Hey, out for a run I see?
Erin: Yeah, I was trying to avoid my room mate, so I left pretty early this morning.
Athena: What happened?
Erin: Crazy parties, the usual. Speaking of party…how did last night go? Did Martin ask you out!?
Athena: Yupp
Erin: But you don’t seem happy, what happened?
So Athena explained everything that happened that night to Erin. She was about to tell her about the strange mystery boy she ran into, until she caught him sitting on the park bench out of the corner of her eyes. He saw her too and ran over. 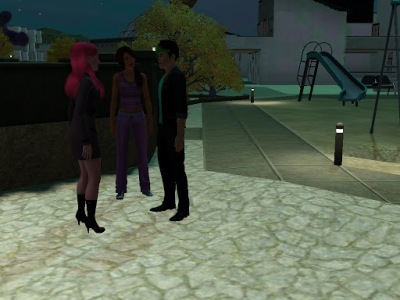 Mason: Athena! Hey! How are you feeling?
Athena: A lot better,, thank you for asking.
Erin: Are you going to introduce me to your friend or…?
Mason: I’m Mason, Athena and I met last night.
Erin cocked a brow and smirked.
Erin: Oh really now?
Mason: Yeah, at the cemetery last night, we were both visiting loved ones.
Erin shot Athena a look of understanding. 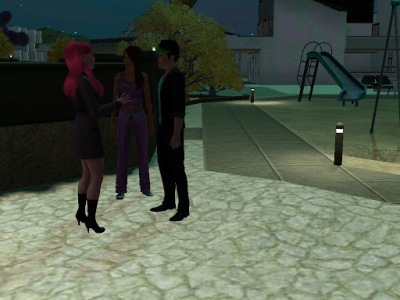 Erin: I’m Erin McGregor. I’ve never seen you around, are you new here? Are those stories of other worlds true!?
Mason: I’ve lived here my whole life, just farther down behind the mountains. I used to stay in most of the time to take care of my grandmother, I’d only come down for food but then I started to grow my own, so I really had no reason to come down. But after my grandmother passed away, I got kind of lonely.
Erin: I’m so sorry!
Athena had a shocked expression on her face.
Mason turned towards her.
Mason: Don’t worry about it. You either, Erin. I’m really upset about it but I got a chance to socialize with some great people, so I’m happy about that. I wish I came down here sooner. 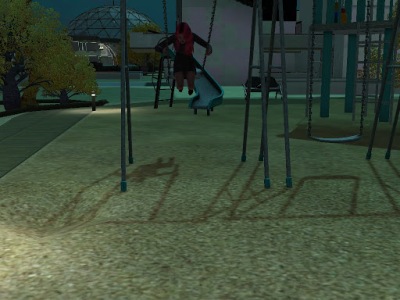 The three talked like that for a while until Athena had the bright idea to play on the swing sets.

Erin and Mason decided to stay and chat. 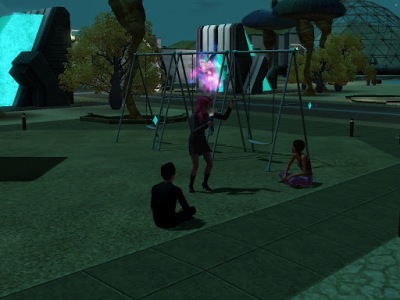 At least until Athena came over to tell a scary story. The two were eager to hear it.
Mason: I haven’t heard scary stories since I was a child!
Erin: Well sit down and enjoy because Athena tells the best stories! One time, I had to sleep over her house because I was terrified that if I left the house a murderer was going to come and get me!
Athena smiled at the childlike behavior of the two. Yes, they were all adults, young adults, but adults none the less. You couldn’t tell from the conversation the three were having now though. Athena was enjoying herself. She didn’t mind the strange looks. She hadn’t had a day out like this for a while, she was so enraptured with her military job.

Athena began her story about the eight people who were trapped in a mental asylum.
Athena: They were each led there for a specific reason. Each of them needed to be in the building.
Erin: They were trapped against their will!?
Athena: To solve a mystery, the eight sims had to come together. 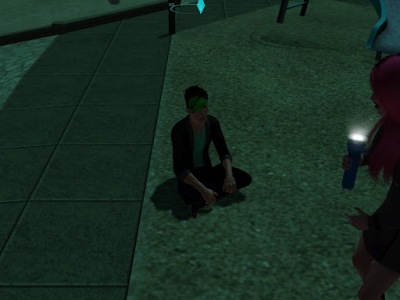 Athena continued her story, answering both Mason’s and Erin’s most ridiculous questions.
Mason: Did they make it out alive!?

Athena: They solved the mystery, but no one was alive to tell about it. At least that’s how its told.
Mason: So nobody knows what happened to them?

Athena: Nope. It’s just a story though so don’t worry.

Athena looked at Erin who was equally freaked out.

Erin: Thats your best one yet!

Mason: Thank you for ruining my ride home, what if I run into the evil doctor!?

The three laughed and said their goodbyes to Mason who had to go home. It was getting pretty late, but Athena and Erin always hung out passed 11, even when they were teens (such rebels!)

Athena: Nothing, I’ve just been thinking about a lot of stuff lately.

Truthfully, she was thinking about the future. It may have been getting old, but she had this undying curiosity about her descendants. Erin was the closest thing she had to family after the accident. The thought of her children’s children’s children’s grandchildren being alive in the future excited her to no end. It meant she had a family….technically.

Athena: Yeah, he was there at the cemetery last night. He saw me bawling my eyes out. It was embarrassing.

Erin: He lost his grandmother, he knows how you feel so he’s not going to judge.

Athena wondered why Mason didn’t break that information to her last night. Granted, she only just met him but the topic did come up.

Athena: I give him about three days until everyone parades around him.

Erin: He’s going to be so popular!  We’re finally friends with the popular kid!

Athena: What are you talking about? You were the popular kid!

Erin: Enough of this moping, I know you have a lot on your mind so we’re going to the gym!

And that’s exactly where the two ended up. They danced for a while and did some cardio. It was a fun night.

Erin: I’m exhausted and sweaty! I’m going to start heading home. You should too.

Athena agreed and the two headed their separate ways. 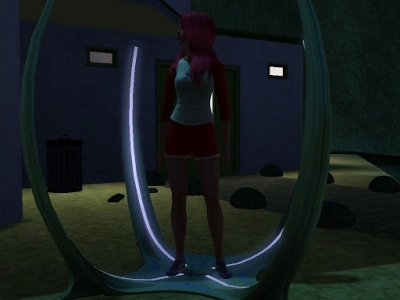 The first thing Athena did was check the portal. Nothing. She stood on it to see if anything would happen. She heard a humming noise, but realized it was coming from a car passing by.

I’ll keep checking until Emit decides to let me back in. He couldn’t keep her out forever….right?