This chapter is brief and straight to the point. I had to get some things to happen before I could jump into the real juicy part of the story which will be coming in the one of the next few updates. Hang tight until then. What do you guys think about the whole Levi/Mason situation? Was Levi too harsh on Mason? Did Athena over react? Let me know in the comments, I’m eager to know how you guys feel about this whole situation. 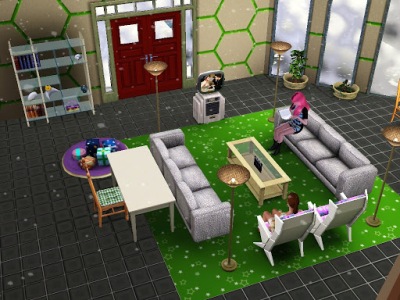 It was gift giving day and Athena was excited to have her first Christmas as a married woman. Neither Athena nor Mason had any living family in Lunar Lakes, so they decided to just have a small get together with their friends. Jeanie was the first guest to arrive and she made her way to the television. 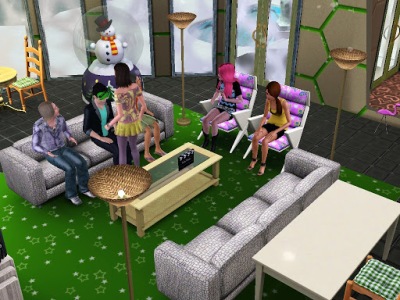 It didn’t take long for everyone else to get there. 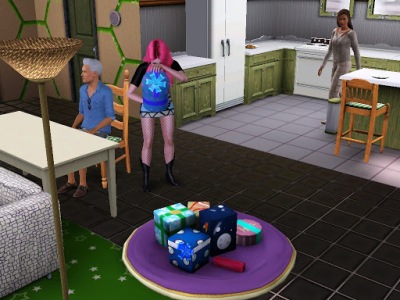 Athena was the first to open her gift, receiving a Chess Table from Len Sekemoto.
“Thanks Len!” 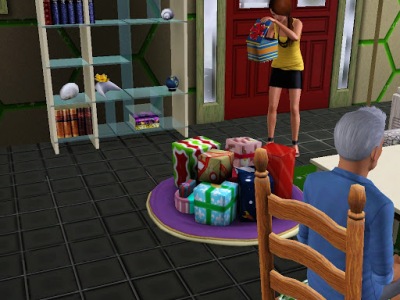 Then came Erin who got coal on her first try. 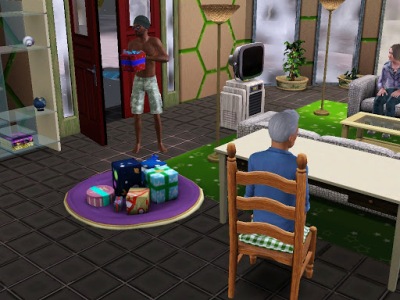 Nobody knew why Lars was wearing only shorts in the middle of the winter, especially since it was snowing outside. 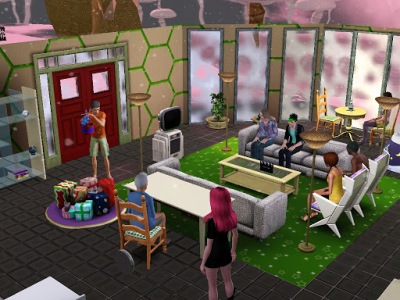 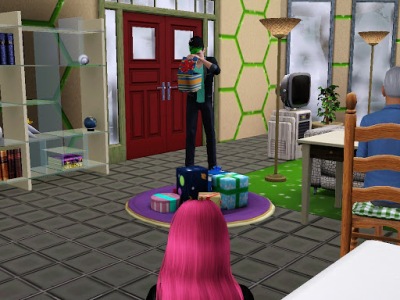 Mason got a vase, which he was really excited about for some reason. 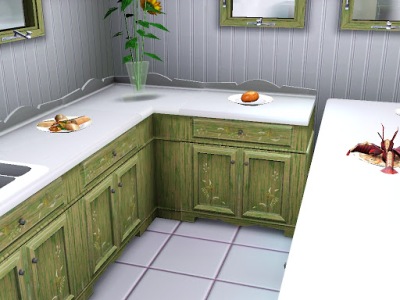 The guests spoiled the Gray household with tons of fancy food. 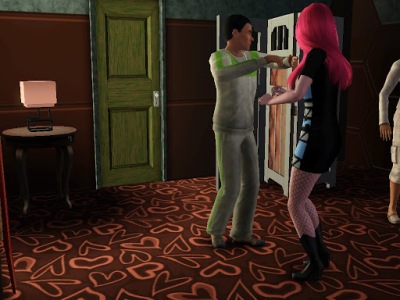 Everyone was having a great time! 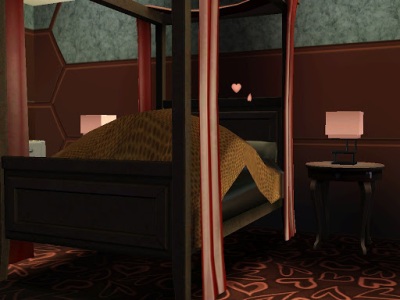 Once everyone left, Mason and Athena exchanged gifts…
-A few days later- 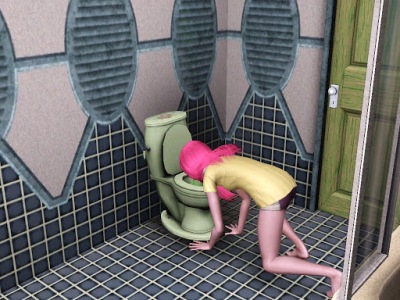 Athena had woken up in the middle of the night and began to vomit. Mason wasn’t home, having taken the night shift at work. It must have been something she ate. 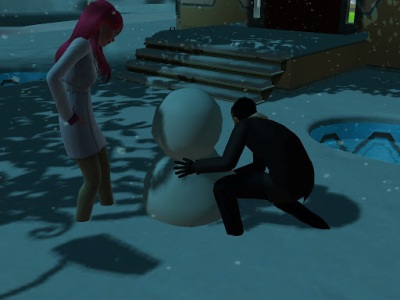 When Mason arrived home it was nearly six in the morning. The couple still went outside and enjoyed the snowfall. 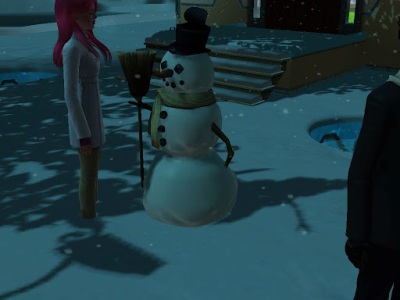 They built a lovely snowman. 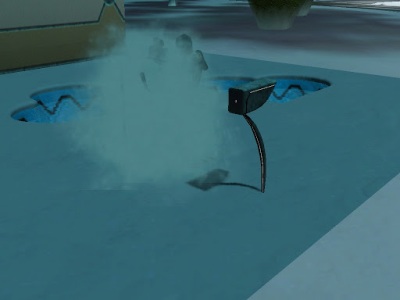 That Mason ended up smashing later. He was as immature as ever. 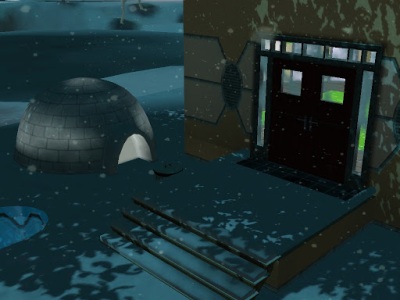 He took to the back yard and crafted an igloo to spend the night in. Athena was having none of it. She stayed inside and slept on her warm, soft bed. 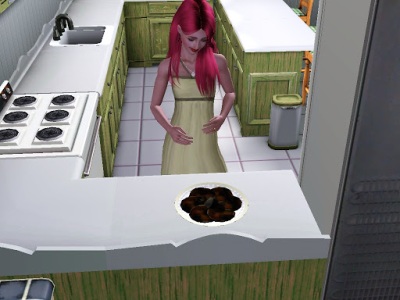 Athena woke up one morning and felt her stomach. The vomiting made sense, she was pregnant! [Obviously not enjoying Mason’s terrible cooking] She couldn’t wait until Mason was home to tell him. She called up Lars and Erin and let them know. She wondered what Levi would think about all of this? 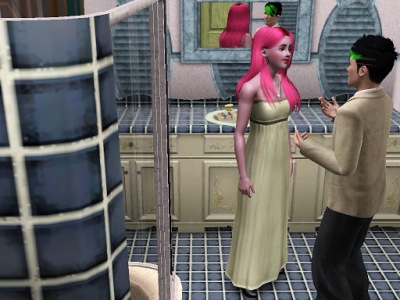 Mason came in with a big announcement of his own. He got a promotion! Just in time to spoil the little one! 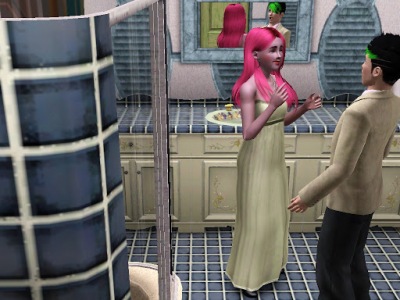 Now it was her turn. “Baby, I have something even better to tell you. Brace yourself,a re you ready?”
“What is this all about?” 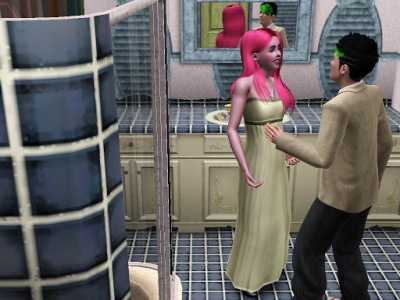 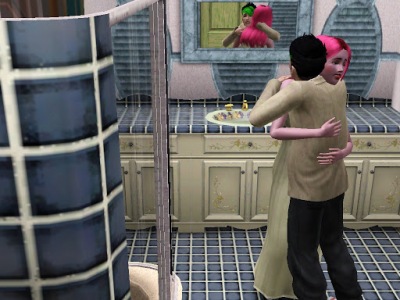 “No way! I’m going to be a dad? This is amazing! I love you so much!“
The two embraced in an amorous hug. 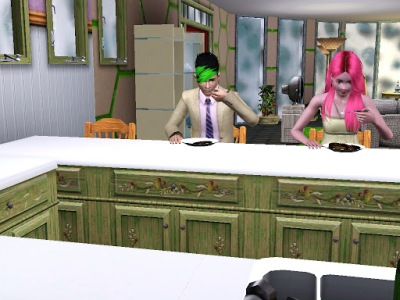 They sat at the breakfast table and discussed baby names. She wanted a little girl she would name Aria Gray, and he wanted a little boy, Caleb Gray. They placed a wager on what it would be, though they’d be happy with any bundle of joy that the watcher gave them. 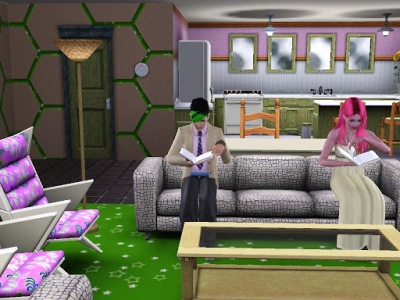 Mason returned home one day from work with pregnancy books.
“We have to prepare…I’ve never had one of these before.”
“Don’t say it like that, they’re not objects.”
Mason became flustered, “I mean…I just…I don’t know what I’m doing.”
“Shut up and read honey.” 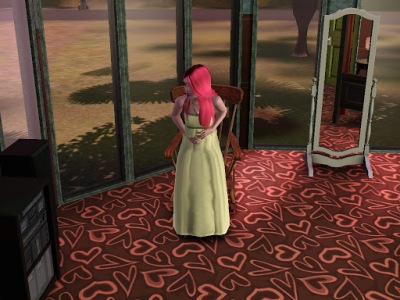 Mason was getting ready for work when Athena went into labor. He got a promotion and was now taking over the morning shift. He didn’t even have time to call in late. He immediately drove Athena to the hospital, knowing he’d be no help at home. 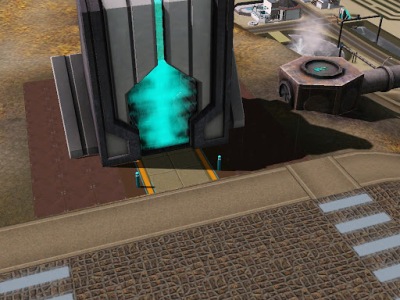 It seemed like hours until the doctor said everything was clear. Athena had a healthy baby boy! She stuck to her word and named him Caleb Gray, which Mason was ecstatic about. He held the baby in his arms and told him all about the things the two were going to do together.
“We’re going to build snowmen in the winter, play catch in the spring, have water balloon fights in the summer and play in leaf piles in the fall.”
“And mommy will watch?”
“And mommy will join us of course.” He leaned over and kissed her forehead. 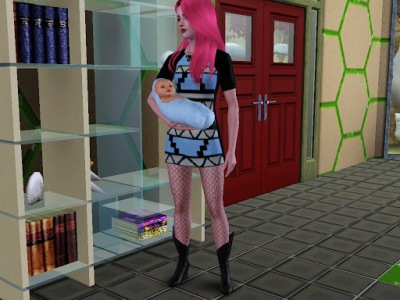 Mason finally gave up the baby when they arrived home. It felt so good holding her baby boy in her arms. He was so tiny and fragile.
“Hello little one. I’m your mommy! You’re so cute!” Athena coo’ed.
She couldn’t wait for everyone to see Caleb. They would go nuts over how cute he was. There was always going to be one person missing, and Athena just had to accept that. She made the right choice. She had a family now. Levi was gone and she needed to move on.