So I’ve had quite a few glitches and other random things happen in my game that were not planned and thus did not make it into the actual story. But fear not, there is a place for all of those wacky moments here.

This guy was supposed to be the only sim to show up at Caleb’s slumber party. It was all supposed to be good, until he showed up as a teen. I tried to age him down through create a sim…and it created the weirdest graphics glitch, so I couldn’t use him at all.

Bruce actually froze solid. I had him outside trying to make an imaginary friend potion. Instead I got this. He literally collapsed into the snow and Noah had to come thaw him out. Thankfully he didn’t die, he just needed to head inside and warm up.

Bruce was constantly being singed from that Chemistry table.

Mason wasn’t actually supposed to show up at this scene. I forgot that I moved him out of Athena’s house when he went missing, but I hadn’t removed him from the town, so there he was at the movies with an oblivious Noah. 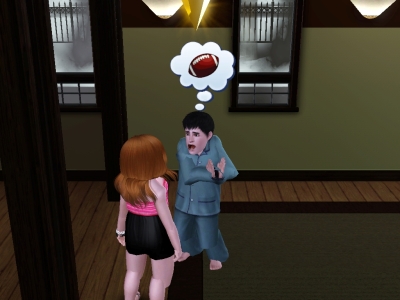 I had a problem where the twins weren’t aging up. I tried doing it from create a sim and this happened. 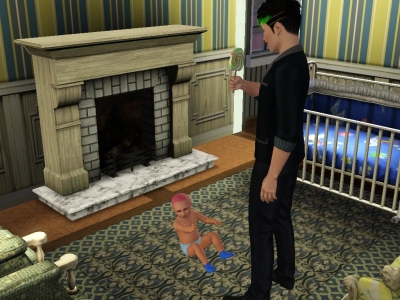 Mason stole candy from his own son. What a jerk.

Ok. Getting with an elder. What is with this guy?

When she died, he turned elder and started dating Jacquelyn James. 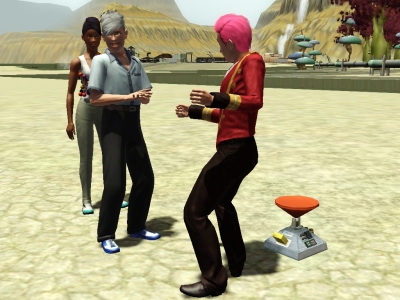 Caleb preformed a sing-a-gram for his elder dad, without realizing it. With Mason’s newest girlfriend, Nadia Louie behind him. What do they see in him?

Thats it for now. Look for more behind the scenes soon!

3 thoughts on “Behind the Scenes Part One”