To say Noah was excited about Leia’s pregnancy was an understatement. The couple was absolutely glowing. The first few days, Leia was the happiest girl in the world. Until the cramps, cravings and aches came.

She found herself by the stove constantly. She cooked ratatouille with grapes and watermelon pancakes. Leia was constantly eating. She wanted spicy food, salty food, and sugary desserts. When Leia was in the kitchen, Noah knew to leave her alone, otherwise he’d be her taste tester and waffles with pickles were as nasty as they sounded. 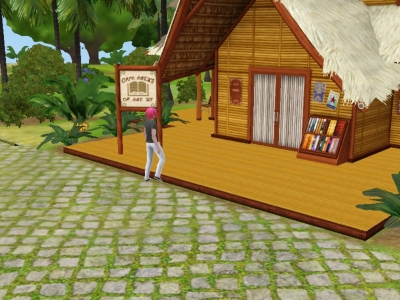 Noah often found himself walking around Sunlit Tides. It wasn’t that he was avoiding his wife. It was the exact opposite. He had wanted to know where everything was so he could take his family out all the time. On this particular day, he found himself in front of the book store. He had some time to kill before he told Leia he’d be home, so he decided to peruse the shelf for something interesting to read. Noah feasted his eyes on “Totally Preggers: An Expecting Mother’s Tale.” 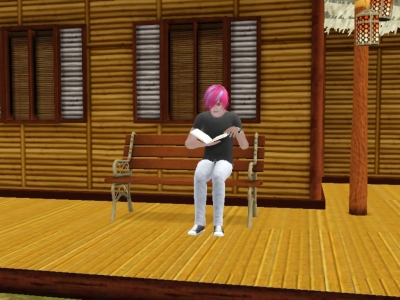 Page after page, Noah found himself more and more enthralled with the book. Was this really what his wife was feeling? He closed the book and decided to head home and treat his wife to something good. She deserved it, especially after he read how painful it was to actually give birth. It took how many hours!?

The girls were discussing baby names when Noah entered the house.

“Nathaniel? Where did that come from?”

“He or she needs a middle name.”

“I don’t want my daughter being named Marcus,” Noah commented.

“Yupp, and I come bearing gifts for my princess.” Noah reached into his bag and pulled out two items. The first was a pregnancy book. After reading the book, he felt like the information would calm Leia down a bit. The second item was a teddy bear. The Gingerbread bear to be exact. it was a limited edition bear that came out in a different style every year. This time it was a gingerbread man.

“Whats this?” Leia smiled down at the bear.“Is it one of those Stuffington bears? I had one of these when I was a child! It was the classic bear with jean overalls on. I loved it, I spent most of my time playing with him and talking to him.”

“Aww, I remember Mr. Stuffy! You two were attached at the hip.” Lorie grinned.

“Mr. Stuffy?” Noah smirked. “This is Ginger, a special edition Stuffington bear for our daughter, Artemis.”

“Artemis? Like, the sun god Apollo’s twin sister?” Now it was Leia’s turn to smirk. “And you were making fun of  Marcus?”

“It’s going to be a boy, I have this feeling.” Lorie butted in. “Marcus Nathaniel Gray.”

“Well, now that Noah mentioned it, I kind of like the mythology names.” Leia smiled. “You said your mother’s name was Athena, goddess of wisdom? She hasn’t steered you in a wrong direction yet, right? I think these names affect the person’s personality.”

“It doesn’t matter. Apollo Gray it is.”

“No, I meant Apollo. The god of the sun. protector of the night and day.” 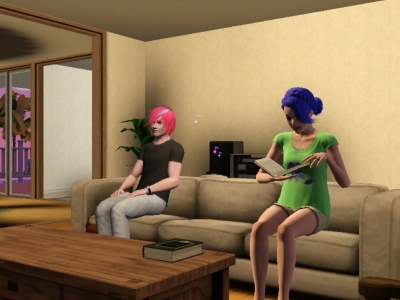 Despite Leia’s fatigue, the excitement of having her first baby never left her. Yes, she was stressed beyond measure and she was in so much pain half the time, but it didn’t matter to her. It would all be worth it once she held her little child in her arms. 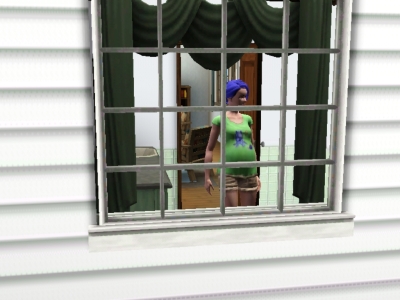 As the days ticked on, Lei’s tummy grew bigger and bigger and the kicks more frequent. There was no doubt that there was a little person in her stomach and she was enamored. A little over a year ago she was sitting in her home in Lucky Palms, typing away on her phone trying to get her blog more followers. Now she was in Sunlit Tides, as big as a balloon, but glowing nonetheless. Noah’s case had still been unresolved. They were accusing him and Cyrus of arson. Leia had argued constant times that the police officer had claimed that two were only causing a scene. Her pleas were dismissed. The men were “too drunk to remember” according to them and there were no other witnesses willing to step forward. Noah made sure to keep the information out of Leia’s reach. He didn’t want her stressing out while she was pregnant. They would discuss things later.

“I can’t believe we’re having a baby,” Noah said softly.

“Neither can I. One day I’m home playing Alien Invasion 5, the next day I’m married and becoming a mother. I honestly had no idea that any of this would happen.”

“I think we should find Emit once the baby is born.”

“I don’t want to do that, Honey. I thought we discussed this already.”

“Emit Relevart, the time traveler, is your father. There’s no doubt about that Leia. He has been so helpful in helping me get my memory back. He’s technically the reason you and I met. He honestly wants to see you, to finally get a chance to meet you and Lorie. You can’t shut him out like this. He would love to be a grandfather…”

“Then where is he?” Leia answered bitterly. “If he wanted to meet me like you say he did, then why isn’t he here right now? Why didn’t he come to our wedding?”

“Leia…” Noah held her tighter. “As hard as this is for you to believe, Emit is a time traveler. How else would he be able to visit you and Lorie in your dreams? He’s constantly on the move protecting the timeline. Its not that easy for him.”

“Save it Noah. I don’t want to talk about this right now.”

Understanding her hormones, Noah dropped the subject. He had only hoped that she would think differently once their child was born and that Emit, literally had the time to see them. He also wanted his parents and siblings to meet the new baby.

It was exactly 10 pm when Leia’s water broke. She was doing some last minute laundry when it happened. Cyrus was the first to notice, as he was passing by to get to his bedroom. He called Noah over right away and Lorie, being the nosy big sister that she was, came over to see what  the commotion was all about.

“Just calm down. Everything will be ok.” Lorie coaxed.

“Lets go to the hospital now. Lorie, come with us and calm her down. Cyrus, stay here and tell Daisy whats going on.” Noah took charge.

Ten plus hours later, beautiful baby Apollo was born. Leia’s first playful words upon seeing the baby was, “I told you Noah. My beautiful sunshine Apollo.” All his hopes of a little girl were dashed but quickly forgotten once he held the bundle of joy in his arms. They had been preparing a nursery for the baby which Daisy and Cyrus finished for them while Leia was at the hospital.

“It was the least we could do,” Cyrus commented.

“Apollo is crying again.” Leia mumbled. It was 3 in the morning only a few days after his birth. Leia was exhausted. Apollo was the cutest thing but he cried A LOT. Leia made to get up when Noah stopped her.

“I’ll get it honey. You’ve been through enough.”

“Thank you. I love you so much.” She mumbled before lying back down. Having a baby was exhausting.

Noah made his way into the nursery and picked up Apollo. He held him in his arms and stayed there. The baby shifted in his arms, continuing to cry until Noah began to rock him back and forth gently in his arms. He held him carefully, as if Apollo was a porcelain doll that he didn’t want to break. “I love you so much little guy. I can’t wait until you’re all grown up. Me, your mom, your uncle Cyrus and Aunt Daisy and Lorie are all going to spoil you. Wait until you meet your grandparents and your uncles Caleb and Kayden. You’re going to be the center of attention.”

Leia rolled over in her bed, the baby monitor was still on. She smiled at the words of her husband. He was going to be an amazing father. She remembered why she fell in love with him in the first place.

One thought on “2.19 Pregnancy Tales”