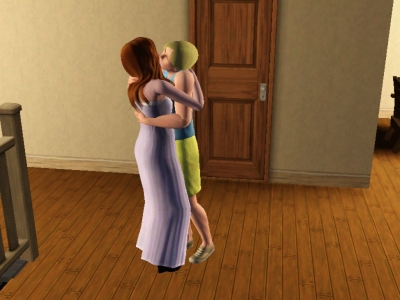 Everyone was exhausted when they finally got home. Noah wasn’t home yet, so Leia retired to her room to check up on him. Caleb decided to spend the night at the hotel with his brother Kayden. He said it was to make up for “lost” time. As Daisy was making her way up the stairs, Cyrus embraced her from behind.

“So, we’re really having a baby, huh?” He whispered softly.

“Yeah…” Daisy let out a breath. Telling Cyrus made her extremely nervous. He had shown no interest in having a child at all, let alone leave the paradise he called Sunlit Tides.

“I promise that I’ll be the best damn father ever to our little girl. No more partying, no more drinking, no more staying out late. I want to spend every waking moment with you and her.”

“Really?” Daisy stuttered. “You mean it?”

“Of course I do.” He kissed her neck. “I love you so much Daisy Gray. Don’t ever forget that.”

When Noah got home, he went up to Apollo’s room to kiss him goodnight. Apollo had heard his father’s footsteps and woke up instantly.

“Dadda! Up!” He reached his arms out of the crib.

“Shh, Apollo it’s bed time you should be sleeping.”

Noah sighed but couldn’t help but crack a smile. He held Apollo in his arms.  “Gramma!” The toddler blabbed.

“You met Grandma?” He ruffled his son’s hair. “She must have loved you.”

Their moment was interrupted by a phone call. “Hello?”

“Mr. Gray? This is Don Javitz from Javits and Sons. We have reviewed your case and would like to help you. We might be able to sue for slander and libel.”

“How much is this going to cost me?” Noah frowned.

The other lawyer tried to swindle Noah out of his money. He was saving 90% this way. 10 grand was a lot but it wasn’t nearly as much as he’d have to spend with another lawyer. Noah set up a meeting with the lawyer for the following week.

The next few days were the happiest of Daisy’s life. She had been loving the attention everyone was giving her.

“Don’t give up….” Caleb sang softly to his little sister’s tummy.

“Already with this?” Daisy giggled. “She hasn’t even been born yet. You’re going to scare her and she won’t want to come out into the world.”

“Hey! Back up, it’s my turn to talk to the baby.” Noah pushed his brother over.

“I’ve got more experience in the child department than you do, what are you talking about?” Noah smirked. 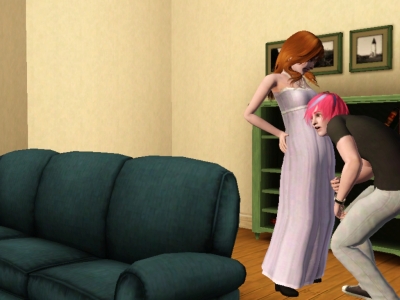 Caleb took a step back to let Noah through. He frowned before leaving the room. Love was something that never seemed to stop passing him by. Some nights he’d stay up wondering what it’d be like to have her in his arms once more. She was everything he’d ever wanted and he hadn’t noticed it until it was too late. Those other girls, they couldn’t look past his money and fame, so he had avoided them all together.

“Aww, I think I can hear her kicking!” Noah said in awe. He had had his own child but he would never get over the wonder of childbirth. There was a tiny person growing in his sister’s stomach. It was an incredible thought.

“Sometimes, but I don’t mind. It’s a reminder to me that there’s someone living inside of me.” 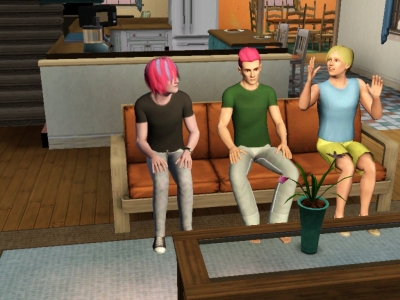 A little later, Caleb and Noah had planned to have a sit down with Cyrus. It wasn’t like they didn’t trust him, but Noah knew how he could be sometimes. The boys wanted to make sure their sister was in the best hands. Having this child was like passing Daisy’s responsibilities from her siblings and parents to her new family. It was a huge deal.

“This is about Daisy isn’t it? I promise that I want this child. I love Daisy so much.” Cyrus spoke.

“We don’t doubt your love for Daisy at all. We know you’d give your life for her, otherwise you wouldn’t have stayed here for so long. I’ve seen first hand how you’ve shielded my sister from this terrible lawsuit happening. I thank you for that,” Noah answered.

“Then what is this all about?” He asked, bewildered.

“We want you to recognize how important it is raising a child. You’re creating another generation to the Flint and Gray families. They’re human beings, not dolls. It’s extremely important that you take this whole thing seriously. It isn’t a game. I swear that if you hurt our sister or niece in any way, Caleb and I will kick your ass. Right? Caleb…hello?”

Caleb had been deep in thought. He was still thinking about earlier. Sometimes he would get like this on the road. He’d see something that reminded him of her and he’d lose it. He wouldn’t be able to think straight. On days like that, his manager had to cancel whatever Caleb was booked for. It was bad for his image. The only person who could get him out of the slump was his best friend, Tim Levesque (See How To Be A Star (story) for more about this friendship!). He was the only one who understood it all. The camera’s, the lights, what she meant to him…

“Oh…umm right. What Noah said,” Caleb muttered before getting up.

“Is he alright?” Cyrus asked.

“I hope so.” Noah got up to follow his brother.

“Dude wait.” Cyrus put his arm out. “I think maybe he wants to be alone.”

Noah plopped back down on the sofa. “He was fine this morning.” He began to rattle his mind to see what might have set his brother off. Why was he acting so strange?

“Maybe it’s because he’s lonely. I saw this documentary one time where like the guy was so famous that he was loved by everyone. But that love was only on the surface. Plus, it probably doesn’t feel great that he’s still single and his two younger siblings are married and have children.”

Noah sighed. “I don’t get it. Caleb is the one in this family whose always went out of his way to make sure everyone was alright. He’s had the short end of the stick from the beginning. He used to be sheltered like this when he was a teenager, because he was always being bullied in his school. The only person who was able to get him to cheer up was our Uncle Elliot.”

“Maybe you should call your Uncle then,” Cyrus suggested.

“I can’t, he’s really sick right now. That might throw Caleb over the edge and I’m afraid of what will happen. Just, if you seem him doing anything strange, let me know alright?” Noah got up to find Leia. Maybe she’d be able to do something about this if he couldn’t. He’s give Caleb his space for now, but if things got worse he’d jump back in. Now was a stressful time for everyone.

“What’s up babe?” Leia asked, looking up from her book. Apollo was currently taking a nap and she was using this as an opportunity to catch up on her reading. “Is everything alright?”

He climbed up on the bed next to her and began to kiss her forcefully.

She felt her heart beat. She hadn’t been this excited to be around Noah since their first date. “I love you too. More than anything in this universe. You saved me Noah Gray.”

Caleb had gotten dressed and decided to head out for the night. Maybe a few drinks would help him forget about her beautiful eyes. Or the way she smiled when he walked into a room. Or the way his heart beat faster and faster when she touched him. He wanted her more than anything. But she was gone and never coming back. If he’d paid more attention, or made more time for her, none of this would have happened. He found himself in front of Apollo’s crib. The toddler lay peacefully, his chest rising and falling with each breath. Caleb couldn’t help but think about the life he would have had. He was going to ask her to marry him. then he would have taken a break from touring, settled down in Starlight Shores and had a child or two. He shut his eyes and tried to fight the tears. That life was just an impossible dream now.