“Yes, your friend Declan is the man I love,” Altiere admitted. “And he loved me too, at least for awhile. If Damian hadn’t killed his father and broke apart his family, he wouldn’t have wanted to take my powers, but I guess it wouldn’t have led him to me in the first place. So, beggars can’t be choosers.”

“I don’t understand, exactly. You and Declan were together…Declan is gay?”

“That’s all you care about?” Altiere rolled his eyes. “Yes, Declan is gay. Like I said before, we actually loved each other. He came to me as a young man, broken and destroyed. He needed power to protect his sister. He was tired of falling behind Patrick who was a natural leader. Patrick that blasted werewolf was always saving the day. If Sienna needed someone to go with her somewhere, she’d ask Patrick. It must have hurt to know that you’d choose someone over your own brother.”

“She’s always loved Patrick,” I cut in. “It has nothing to do with Declan’s inability to protect her.”

“Well, he felt like that. He wanted to be strong for his sister so he asked me for power, and I agreed to train him. We became extremely close. He would sneak out at night when Patrick or Sienna wouldn’t notice and come to my castle. He’s an incredible witch because of me. When I had told him about my plan to usurp Damian, he was all for it, until I had actually tried to enact it and he hit me with his blasted spell. The spell I had taught him, that little brat. But, I hadn’t been more in love with him in my entire life. The man is twisted and I find that incredibly sexy. Maybe I’m an idiot for loving someone who had obviously been using me, but I’d be damned if I thought he didn’t love me at one point too. Which made it all the better. How could you kill someone you love?” He didn’t seem upset, he was smiling. Declan’s actions hadn’t hurt him, it excited him. What exactly was wrong with this guy? But, I believed him, Declan would do anything to protect Sienna. Even if it meant being with this guy.

“But, one thing doesn’t add up,” I said cautiously. “How would killing you help him, if you were going to dethrone Damian? Obviously, he must have known that you cared deeply about him. You would have protected him, Sienna and his friends right?”

Altiere nodded. “I would have done whatever Declan asked of me. I could never say no to him. But, he got a better offer. One from Damian himself.” 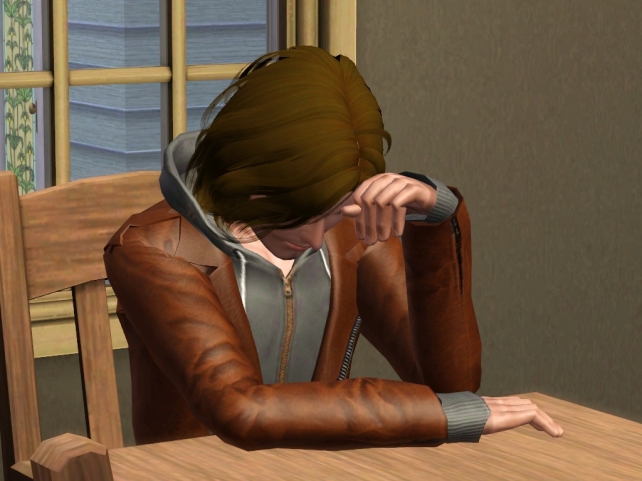 Maybe I’m an idiot for loving someone who had obviously been using me, but I’d be damned if I thought he didn’t love me at one point too. Which made it all the better. How could you kill someone you love?

Alistair hadn’t felt more connected to those words than he did in this moment. Maybe he should have taken that as a warning, but how could he? Declan was such a damn good liar. His strong arms. His warm embrace. Those lips. The way he was able to calm Alistair’s nerves. The years they had spent together had to have meant something. He was sure, just as Altiere had been, that Declan loved him at one time. There was no way that he could play charades for so long.

It was something that Alistair had held onto. There was a glimmer of hope within himself that what he had felt with Declan was real for the both of them. The man had done so much more than he had to.

“You always sound like you’re in the honeymoon phase when you get all romantic.” I grinned. “It’s cheesy, but cute.”

He held me by my waist. “I actually want to talk about something serious. Seeing your dads together the other day has made me start thinking. I want that kind of relationship for us. Your dad, despite being powerless stopped what he was doing, the life he was living to see his husband, and help him through his hard time. Alistair, can that be us?”

“Of course,” I murmured, looking into his eyes. “I thought that went without saying.”

“You’ll be here for me, forever?” He asked, a hint of doubt in his voice.

“You don’t believe me?” I asked suddenly. It hurt more than you’d know. He didn’t trust me?

“It’s not you. Please don’t look at me like that. Seriously, it isn’t!” He pulled me close. “It’s me. It’s always been me. Every time I get close to someone, they leave. I’m always having to be the one to be strong, how do you think that makes me feel? I smile but I’m really broken inside. First, my dad…Damian took him from me. My mother left me and I haven’t heard from her ever since.  Altiere and I used each other, Patrick and I got into a huge fight. Then, Lucas died. Al, you, Sienna and the girls are all I have left. When you left, I thought you wouldn’t return. I know it’s stupid, I just didn’t know what to think. I’ve never felt this way before.”

“Declan, you know that I love you. I’d never dream about leaving you,” I replied. “I can’t live without you.”

He dropped to one knee, and my heart sped up like a teenage girl on her first date. “Since we’re on the same page, want to make it official?”

“I want to hear you say it.” He smirked. That cocky smirked that I loved so much.

“Yes, Declan Gage. I’ll marry you.” He slid the ring on my finger and then kissed me passionately. “The girls are going to be thrilled. But, it’s not like they don’t call you dad anyway.”

He smiled, rubbing my back lovingly. “This way feels more permanent, and settled. Like, I’m not leaving.”

“Would you have ever left?” I mused. “I mean, you raised my girls for me while I was gone. You didn’t have to do that.”

“I love you and your kids, our kids. Our girls.” He shut his eyes. “This is incredible. I have my own family now.”

“You’ve always had me,” I murmured against him. “And you always will.”

“Would you have ever left?”

Alistair let out a bitter laugh. A hand reached up and traced his lips. The first time Declan had kissed him left an eternal imprint on his lips. Nothing anyone did would replace that feeling. Burke’s lips were soft and delicate, like rose petals. His touch was smooth, never rough. But that desperation in his eyes was different than the one in Declan’s. The desperation in Burke’s eyes felt like he was calling out to Alistair for his attention, while Declan was calling out for his understanding.

In that moment, Declan was declaring more than his love. It was his passion. His want to be understood. His promise to Alistair. He refused to believe that was all a lie. Maybe he got lost along the way, but there was no way that Declan hadn’t felt that way about him at one point. There was a mutual understanding, and comfort in each other’s arms. They were both broken men, wanting to never lose the other. Wanting never to be alone. How the hell could something as unstable as power pull them apart?

The love Declan felt for Charlotte, Adeline, Astra and Millie? He was sure that was real too. Declan had given up so much, and now that Alistair was sure his daughters were safe, he could finally allow himself the thought that Declan was capable of feeling. That he could love someone more than the power he sought out.

But how could you betray someone you loved?

“You’re afraid that if it comes to him, you want be able to hurt him,” Burke concluded.

“I…” Alistair dropped his head. “I hate myself for still loving him. Every day I wake up, see the empty bed and blame myself for not being a better husband. I know it’s wrong, but I can’t help thinking about him and what I could have done. It disgusts me that I still want him.”

“I can help with that,” Burke whispered. “I can make you forget all about him.”

“I wish it was that easy-” Alistair was cut off by Burke’s lips on his. His eyes widened at first, not remembering the sensation of what it felt like to be kissed. It had been two years and his love life was basically non-existent. Then, he shut his eyes and eased into it. Burke’s lips felt warm. They were different than Declan’s. The fervor with which Burke kissed him made his insides melt. He had just gotten so comfortable with Declan…this feeling was new. He hadn’t felt wanted in a very long time. 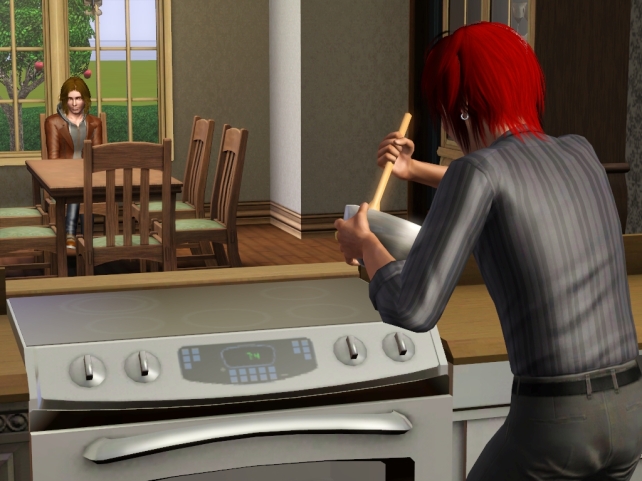 Alistair looked at his boyfriend, cooking pancakes in the kitchen. “Babe?” Burke asked.
“Are you excited? About the baby?”

Alistair felt the bile rise in his throat. The thought of another child, at his age, was terrifying. He had a war to take care of, and he couldn’t stop thinking about the man who had torn his heart out of his chest. yet, here Burke was, pregnant with a child, Alistair’s. Somehow, a parting gift from Audric himself. Alistair couldn’t feel more trapped. Did he love Burke?

If he did, would he still be thinking about Declan like this? What about the child? What kind of future would this be for him or her? And what of the war?

So many questions. So many responsibilities. So many regrets. So much disgust in himself for treating a man who had given him everything, so coldly.

He thought back to Burke’s words. “I can make you forget all about him.” As he said, it wasn’t so easy a thing. How could one man erase decades of history? The only thing that would make things stabilize, was seeing the man himself. Facing the inevitable heartbreak and destruction head on. There was no use pretending that he didn’t care anymore. It was unfair to himself, Burke and his unborn child.

“Babe?” Burke asked again, with a frown. “I know you’re stressed but I…”

“Maybe we should talk.”