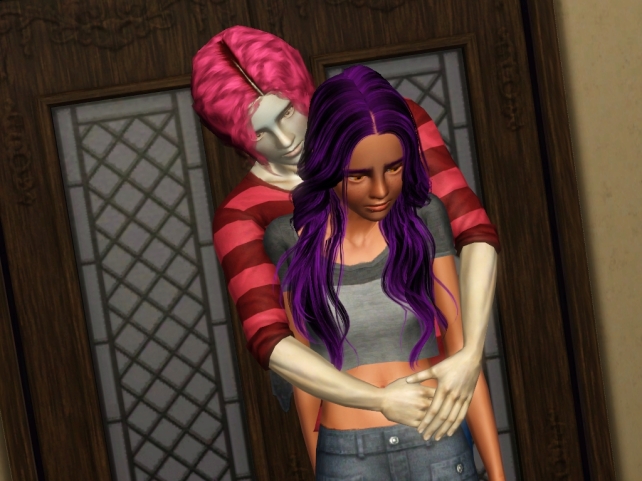 Pax watched as the girl attempted to sneak out of the house. What was it with Camilla and causing trouble? Why couldn’t it be like it used to be, both of them huddled under a blanket fort reading comic books? Now, she was all about partying and hanging out with this guy Dallas. Pax thought he was a nice guy, but got bad vibes when he started asking Camilla to hang out with him late at night. “You going to tell your mom?” She turned from the doorway to look at Pax.

The boy shook his head. No, he would never. “Are you going out like that?”

She raised her brow. “Yeah, what’s wrong with it? I always wear this outfit.”

Pax unsheathed his sweat jacket and handed it to Camilla. “Here, take it.”

“Just take the jacket!” Camilla jumped back, startled by his outburst. Pax had always been so put together. He shut his eyes tightly. How many times did he have to chase the girl? Why wouldn’t she just listen?

“I really don’t want it,” She told him just as fiercely. “Go to bed before you get us both in trouble.” But he wasn’t letting her leave. Not today. He threw his arms over the girl and hugged her tightly. “W-what are you doing?”

“Keeping you warm,” He muttered. “Since you don’t want to wear a jacket.”

“Go to bed Pax,” She whispered, inhaling his sweet scent. “Your mom will flip.”

“If you’re not staying back, then I’m going with you. That’s it.”

Camilla Kearns was made by @phyrcracker93. This drabble was requested by @blythelyre. Thanks guys!