AN: WARNING. Please be wary. This chapter deals with the mention of suicidal thoughts, suicide and depression.  There is heavy mention of these instances listed above and not just thoughts in passing.

Weeks had passed since Graciela’s first date with Maric and the two had decided to call themselves a couple. He was good for her. Graciela, a normally sheltered girl, was coaxed out of the house and into the beautiful town of Fortitude by Maric. She no longer stayed within the fences of her backyard and to the confines of the local park and school. Graciela and Maric hung out everywhere. He made sure that she saw every little piece of Fortitude. For that, Jeffrey was thankful. Because it seemed that Leon wasn’t the only one who could stop the darkness in Graciela’s heart. Maric could too. His presence made her forget about the voice, and she reveled in it. Today was a little different though. Her grandfather Alistair was teaching her how to drive so she could access town a bit easier.

“Turn right, grandpa?” Graciela asked with a focus unlike any other.

“You were right the first time. Turn right,” Alistair said softly. “Is everything alright? Is the darkness…?”

“I think it’s mad at me for spending so much time with Maric because it has no power then,” Graciela explained. “Well tough luck, because I like Maric.”

But like isn’t love. And as I said, he shall be the one to hurt you. Stupid girl.

“Shut up!” Graciela cried, slamming her hand on the horn.  How dare the darkness tell her who either she or Maric loved. They loved each other. She was sure of that fact. Without looking, Graciela made a right turn into the next lane.

“Graciela!” Alistair cried, reaching over to steady the wheel. A car from the opposite lane was fast approaching, swerving just in time to not be hit by the careless girl. When Alistair was able to catch his breath, he stopped the girl. “Stop the car. I don’t want to punish you, but you can’t get behind a wheel if you can’t control your emotions.”

“Grandpa, it isn’t my fault!” Graciela cried. “I got distracted by the voice. It won’t stop!”

“What if that other guy didn’t swerve? You could have killed us, or them!” Alistair shook his head. “I don’t mean to be so loud with you, but driving a car makes you responsible for the people in the car with you, the people in the other cars and the people walking around. You can’t let that voice make you hurt people.” He unbuckled his seat belt and got out of the car. “Come on, switch. You can try again when you’re calmer.” 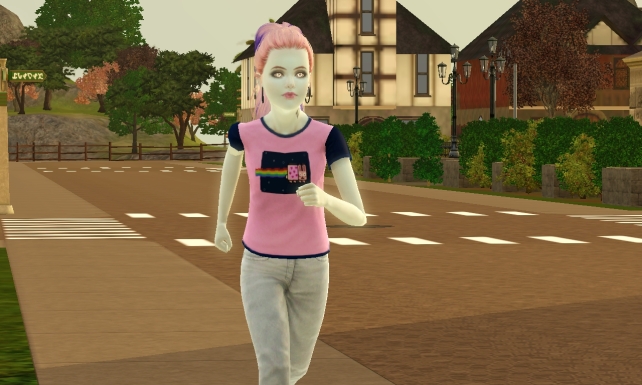 But Graciela was too embarrassed to look her grandfather in the eyes. Without a second glance, she ran forward at full speed. Tears brimmed her eyes. She seriously could have hurt her grandfather. How could she go home and tell her mother that grandpa was in the hospital because of her? Graciela was lucky she didn’t hit the incoming car. But that was too close. The darkness was seeping too much into her daily life. It was distracting her and putting people in danger.

“Graciela! Get back here! It’s okay!” Alistair called after her.

What’s wrong? Am I distracting you? Sweetie, if anything happened it would because you aren’t strong enough to fight me off. I wouldn’t have killed the guy, you would have.

“Shut up!” Graciela shouted, picking up her pace. “Shut up! Shut up!”

She was sure people were peering out of their windows and gawking at the girl making a spectacle of herself. What did she care? It was something that happened to her so often that it only fueled her hatred of this stifling town. She wanted to get out of here with Maric, but she knew that wouldn’t be a possibility until they were both eighteen. Even though Fortitude wasn’t known for letting people outside of it’s walls (Leon being an exception) she was still going to try her hardest because she was tired of being trapped in magical towns that didn’t much care for her existence.

Oh look, people are looking at the weird girl. You’re making a show of yourself again dumb girl. You won’t ever learn, will you? People like you get eaten by the wolves.

“So where are they?” Graciela demanded. “I want to be eaten! I don’t care any more! If I was dead, then nobody would have to babysit me. Grandpa wouldn’t be so worried, mom wouldn’t cry herself to sleep, Nerissa would be so much happier…Let the wolves eat me, as long as you don’t get any satisfaction from it.”

Being happy with Maric isn’t enough? You want to just end it all because you can’t handle me? You really are pathetic. If you give up so easily the world is better off without you, you little wrench.

Graciela let her feet carry her to the docks she had visited after her first date with Maric. The waves were calming, but they did little to settle her rampant heart. There were days when she had seriously considered ending it all. It wasn’t a thought made impulsively, but something she had thought long and hard about. At times she’d wake up feeling numb as the darkness inside of her heart belittled her. Other times she’d lay awake at night, tossing and turning much to her roommates’ dismay, trying to block out the crude words of the darkness.

Graciela hated feeling this way. She wanted to wake up and be happy like everyone else. She wanted to have the smile that Pax wore almost everyday. She wanted to be able to go to the parties that she knew Maric wanted to go to. She wanted a chance at a moonlit dinner and walk on the beach at midnight. Graciela’s hands shook as she looked out into the sea. She couldn’t give Maric what he deserved in a girlfriend. All she could give him was a scared girl who needed to be babysat. A girl who had to leave a movie ten minutes into the coming attractions because the darkness was too much for her. A girl who couldn’t hang out passed six o’clock for fear of the early setting sun.

At home things were worse. Nerissa’s punishment was one the nymph despised. She wasn’t allowed to use her phone in the house. She could sneak calls and texts to Shae and Raina but other than that, she had to be a productive member of the household and help with the toddlers and the chores. Nerissa didn’t like that, of course she wouldn’t. She took out that anger on Graciela. “Accidentally” spilling things on the vampiress when she was sure no one was looking, or reading the journal Gracie had been keeping and spreading rumors about her at school. Those were the worst. She hated the stares of people who thought they knew her, snickering and looking on in pity.

Her father and mother were fighting, though they pretended like everything was okay. Her mother was still confined to bed rest, years after the twins were born and Graciela wondered if she would ever recover. It was putting a strain on her parent’s marriage.Sometimes, even if she knew rationally that she hadn’t any part of it, she blamed herself. If somehow she was stronger and didn’t need babysitting, maybe just maybe her parents would get along like they used to. 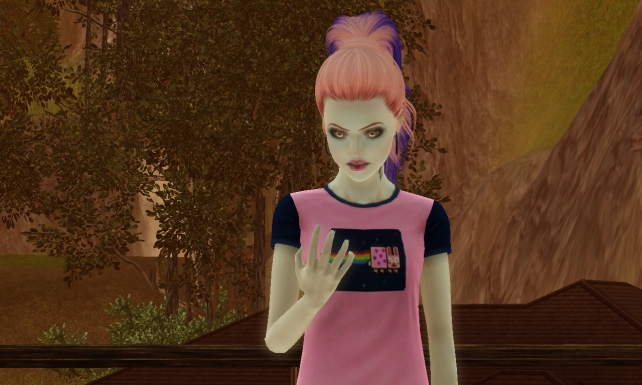 Graciela even felt like she was being a burden to Callen and her friends. Mr. Crew spent countless hours checking up on her at the coffee house. Hours he could have spent making a sale, or baking more croissants to sell. Camilla, Braylen, Pax and Harmony were her go to comforters and she knew that even they were being worn out. One day they’d all just disappear.

Most of all, she hated not being in control of her emotions. Because Graciela knew she should have been standing up for herself and fighting off the depression, the darkness and her ex best friend. She heard the words of her parents, friends and boyfriend telling her that they didn’t feel she was a burden. The anxiety would creep in and she’d be reminded that she was a failure.

For Maria, she put on a brave face and dragged herself out of the house. She found that the darkness was the source of her anxiety, as it brought up things for her to worry over. When Graciela was face to face with Maric,  she felt nothing but comfort. When he was gone and she was talking to him through text or instant messaging, the worries would spill over into her messages. She knew that one day she’d scare Maric away. She’d hurt him. Because for every good moment, ten bad ones came rolling in.

Graciela looked down at her hand angrily. It wouldn’t be the darkness’ fault, but her own for not being strong enough to stand up to it. She would hurt other people by being weak. So, wasn’t it better if she didn’t exist at all and people wouldn’t have to worry anymore?

Graciela watched the current. She wondered what it’d feel like to be taken by it. Would it be quick and painless. or would she feel the air leaving her lungs? Would he peaceful clam of he waves lapping at the bottom of the bridge welcome her or swallow and spit her back up?

If not for the people who she knew would be unmistakably burdened by her death, she might have jumped in and let the water carry her away into nothingness. Then, maybe she’d be at peace.

It was fear of the nothingness though, that kept her hanging back. The fear of eternal darkness. Closing one’s eyes, but for good. She was afraid that if she died, the darkness would be unleashed from her and something she couldn’t stop would rip apart the people she cared most about.

Closing her eyes and conjuring the thought of the darkness, Graciela began to speak. “Thank you,” Graciela mumbled. “You gave me a reason to live, even if it’s just to keep you from getting what you want.”

I can feel your hatred, your doubt, your insecurities…they all make me stronger, Graciela. But, I don’t even need that ammunition. Because the best thing for me is that you’re going to be undone. First by that vampire boy you like so much and then, by yourself. I won’t even have to do a single thing.

“No,” Graciela whispered, clasping her hands together tightly. But deep deep down, she knew that at least part of the darkness’ speech was spot on. Graciela’s undoing would be all her own fault. Because, she couldn’t get in the ring with her demons and there was no one else that would be able to do it for her.

AN: Sorry for the heavy chapter, but I think I had to get this down because even though Graciela’s dating Maric, things are not rainbows and butterflies. Things are serious and she’s hurting.