Traveling to a new dimension was something that Graciela had to get used to. When she was travelling with Dionysus, she had felt much more at ease. Now, she was on a solo mission and she didn’t really know what she was supposed to do. Cassius decided her and Dio’s trip to the last dimension took too much time and so, the best course of action was for Dionysus to go to another dimension to recruit new people. Graciela was fine with that, having still been a bit shaken up about the story that Dionysus had told her about his past. The very past that doomed her to a life with the darkness. She didn’t know how she felt about it all. Not yet, anyway.

Graciela looked around the small pub looking for Asher. He had promised he’d come with her to talk about the missing pages but…maybe Cassius assigned him to something he couldn’t get away from? Letting out an annoyed sigh, Graciela tugged on her dress. Another thing she was having a hard time getting used to was the dress code when she traveled to another dimension. “You’re finally here. Get behind the bar. The ale isn’t going to serve itself.” A tall man towered above Graciela with a reproachful stare.

“What are you talking about?” Graciela asked, locking eyes with the man whose eyes seemed to soften.

“You’re the new tavern wench, no?” The man asked. “I was calling in a favor for your father.”

“Uhm…” Graciela looked around for another girl who seemed to look similar to Graciela, but there was none. “Yes, that would be me. Thank you, sir.” She bowed her head. One little lie wouldn’t hurt. She’d be out of here by the end of the day, and no one would be wiser about the whole thing. Besides, a tavern would be the best place to find loose lips and people to recruit.

“Ah, good then. You’ll make your father proud, Gable.” He motioned for her to join him as he began to walk around the tavern. Graciela didn’t think her dad would be so proud of her if she decided to be a bar maiden back home, but what he didn’t know couldn’t hurt him. Gable, Graciela repeated in her head as the man talked to her. That would be her new name for the time being.

Damian examined his nails as if they were the most interesting thing he had the pleasure of seeing in his centuries of existence. “Well, are they finally here?” He asked his assistant, Infernal, a timid inferno. “Kept me waiting long enough. You’d think for people who’ve been alive for centuries, they’d be quicker in finally accomplishing what they were raised to do.”

“That group of misfits are centuries old, sir?” Infernal asked. “How can it be? They look as modern as any other person living today.”

“If they weren’t quick to adapt, Altiere wouldn’t have picked them to be his children,” Damian admonished. “Ah, how I miss Asher. Things were easier with him controlling the gates. Now, it seems I have to get up and do it myself. It’s unfortunate that he has to be a casualty in all of this.”

“Is he dead, sir?” Infernal cried, eyes perking up. “It cannot be.”

“He may as well be,” Damian said, waving her off. “What do you think becomes of a person like him who dwells in the depths of death and darkness, once the light hits their skin? It is only a matter of time before he either loses his mind, or his life.”

“We will certainly try,” Damian said. “There is no finer gatekeeper than him. Though, first we have to rid the dimensions of the scum that thinks they can control my darkness.” 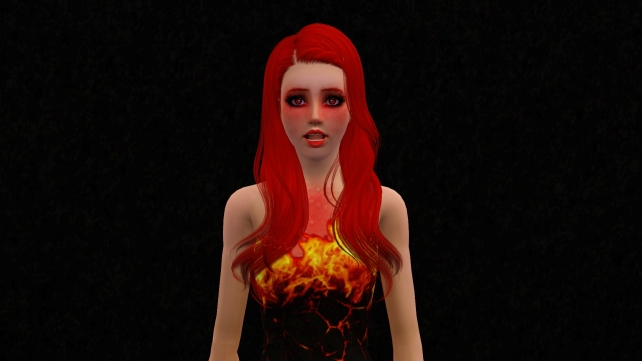 “You mustn’t let it hear you,” Infernal said, worry filling her eyes. “The darkness is very proud. It believes it belongs to no one.”

Damian couldn’t help but laugh. “It is contained, is it not? I’ve got it to work with me which is more than any other keeper has done before me.”

“Not as much as you think,” Damian said. “That would insinuate that the darkness is a step ahead of me, but it can’t even roam the world freely. We have nothing to worry about. Especially now that we finally have the real Altiere back in the mix.”

“He has no recollection of what he once was,” Infernal informed Damian. “Though he knows of the story, he refuses to accept that is who he was.”

“Even better, don’t you think? He will be more willing to listen to what I have to say. Even someone as strong willed as him will have to succumb to curiosity eventually and this time he’ll be my agent. Not one of the darkness.” Damian stood up and dusted off his coat. “I am going to allow them entry. Grab my dearest granddaughter, if you will.”

Kalmali hated leaving his grandfather, aunt, niece and uncle behind. He hadn’t wanted to leave them, but Nolan was his father. More than anything, Kalmali hadn’t wanted to lose out on anymore time with him. “Where are we going?” Kalmali asked as he looked out of the window of the small car.

“Home,” Nolan said as he rhythmically tapped on the steering wheel to the beat of the song playing on the radio. “I’ve prepared it for you. You’re going to love it.”

“Will mom be there?” Kalmali asked.

“Of course,” Nolan said. “We need her, or our little family wouldn’t be complete.” He took a turn down the open road. “Has she tried to contact you recently?”

“I haven’t gotten any calls, texts or emails from her but grandpa said that she doesn’t have her phone with her otherwise she’d make sure to call,” Kalmali replied.

“No, no. I mean in your head. She can talk to you telepathically,” Nolan explained. “It’s the connection you two have.”

“Hah, real funny dad.” Kalmali scrunched his nose up. “What do you think, I’m a child? I know we can’t communicate in our minds.”

“So the two of you haven’t tried it yet…” Nolan murmured. “Kalmali, if you want to find your mother you’re going to have to contact her. Reuniting our family relies on you. You’re the only one who can get to her.”

The minutes felt like hours and the hours felt like days. Charlotte hadn’t known how long she had been down in the underworld, nor did she really understand her purpose. She shuddered at the growing darkness of the cell she had been held in. All she did was sit here with the emptiness of her thoughts.  If Damian had been hoping to break her down, it wasn’t working. She would choose this fate ten times over if it meant protecting her daughter. With not even an ounce of light, Charlotte couldn’t tell if there was anything else to the underworld. What lay beyond the cold metal bars she was trapped behind? “Ms. Woods, you grandfather wishes to see you.” A small timid voice broke the silence of the darkness.

The flames dancing off of the girl’s body illuminated the passageway behind her. “That’s not my name,” Charlotte growled, clutching onto the metal bars she was trapped behind. “I don’t want to see Damian. Leave me be.”

“If he wishes to see you, you must go. Surely you wish to escape the darkness?” Charlotte noticed how fearful the young inferno was. Yes, this was the darkness she found herself in. Not the entirety of it- but a piece. A piece with only whispers that Charlotte had learned to block out. This was her prison. A life in the darkness so that her daughter and the man she loved could live in the light. The greatest sacrifice a mother could give.

“Unless I get to see my husband and children, I care little for whatever he has to say,” Charlotte said.

“You promised him your service if he protected your daughter. A deal is a deal,” Infernal snapped, fire dancing off  the tips of her fingers as she grew angry. “You have no choice.”

“Very well,” Charlotte murmured, allowing the girl to unlock her cell and lead her down the winding path of complete and utter darkness. She found it easier not to argue for too long.

The shadows reached out and hugged her body as she tried to pull away from them. “Don’t leave us…” They whispered. “You need us.” And, to protect her daughter she certainly did need the darkness. 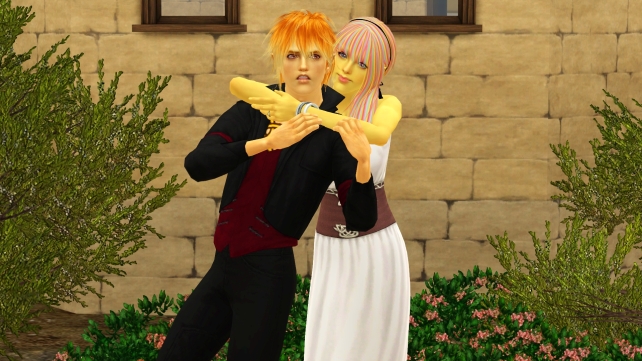 Traveling without Graciela should have felt natural to Dionysus. He had been doing it his whole life. Dionysus had always been alone. After Sophina, he never had anyone he could rely on. Not until he had met Charlotte. Though seeking her out was intentional, he never expected to grow so close to her. He considered her a best friend. Graciela was similar to her mother. The girl acted more timid, but it was very clear that she had the same drive and determination as Charlotte Gray. Having Graciela by his side in both the mansion and their travels to recruit new citizens was a welcome reprieve. When Cassius told the two of them to split up this morning, he knew right away why. There was no place for Graciela where he was going. This was something he needed to face on his own. The fact that Cassius was aware of that, was unsettling.

Dionysus noticed the look of reluctance that Graciela had regarded him with earlier. After hearing the story of how the darkness came to be inside of her, he didn’t blame her for being unhappy. Part of Dionysus wondered if he hadn’t run away from his responsibility all those years ago, if Elora would be more forgiving. She wasn’t always so bitter. Caring for the light and fighting off the darkness for so long did that to her.

He had thought many times that he would summon her again and beg her to reconsider her judgement, but he had feared dragging down anyone else. Now, Dionysus couldn’t help but wonder if this future was one that Elora had foreseen. Or, if it was something of a recent phenomenon.

“Dionysus! It really is you! Someone said they had seen you at the gate, but I didn’t really think it possible!” A beautiful woman with vibrant yellow skin and rainbow hair rushed towards him and engulfed Dionysus in a hug.

“Aphrodite please,” Dionysus said, shoving the girl off of him with a little more force than he had intended. “I’m not here to reconnect. Don’t get attached, because I’m not staying.”

Aphrodite brushed her arms off and glared at Dionysus. “Even after all these years you are exactly the same. I wasn’t asking you to stay, I know someone like you can’t be tied down. I’m just shocked that you’re here.”

“So am I,” Dionysus said with some disdain. “I’m not going to be staying long.” Cassius wasn’t looking to recruit new people from this dimension. It just wasn’t possible. Why did he really send Dionysus here, he couldn’t help but wonder. What game was the man playing? “Take me to the man in charge. Everything else can wait until later.”

One thought on “6.51 Unsettled Flames”