The spouse poll is now closed! Stay tuned to see the winner!! 😀

Noah wasted no time in returning to his old house. Nobody lived there. Not anymore. He sat inside and took in the smell. He remembered sitting in this very spot, crying his eyes out. Yes. Noah Gray was crying. Hysterically. The girl that he loved since high school had a child. She had told him to leave her alone. But he just couldn’t. He remembered sitting in this very spot brainstorming ways to win her back. He was daydreaming about spending time with little Kylie, taking her to school, doing her hair, walking her down the aisle…he had their entire lives planned out. Him and Corrine and little Kylie. He closed his eyes and let his thoughts wander. He saw a little princess sitting on the floor in a red dress. “Dada!” “Oh my gosh, Noah! Her first words!”

He wanted nothing more than to hold her in his arms. She looked just like her mother. The love of his life. He began to smile. “I shouldn’t be thinking that far into the future. I don’t even know how she feels about me.”

He stood up and went over to the time portal. he wondered how nobody noticed or cared about the giant contraption hidden right in the open. 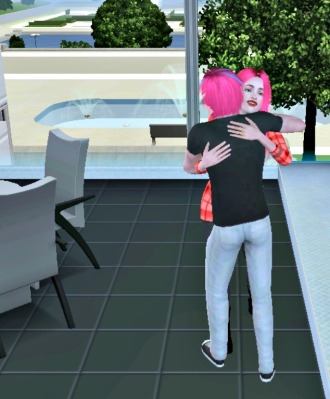 “Mom!” Noah practically shouted. He ran over to his mother and pulled her into a tight hug. “I missed you so much. I’m sorry. I didn’t mean to forget you. I’m sorry. Please.”

“Shh…I know. I know. The memory is a faulty thing. Sometimes it tricks you and sometimes it leaves you, but what counts is the real memory thats there after all of the fallout. Let this be a lesson to cherish ALL of your memories and ALL of the people in your life because you never know when your memory will play tricks on you…”

“Mom…what are you talking about?”

She shook her head. “You can’t remember everything forever. Your brain can only hold so much information…and it just deletes the rest. Time erases even the most precious memories. I couldn’t tell you what my mother looked like beyond the pink hair if I were to close my eyes. I have to have her picture by my bedside to remind me. As time progresses, and I start to think about other things, the memory of her slowly fades…”

“And you think thats going to happen with the next generation?”

“With every generation. Its inevitable Noah. Thats why you have to live in the present and past. Not the future. Don’t waste time worrying about the details. You of all people should understand what I’m saying. Your parents are the little details in your life. Do not worry about us.”

“You, dad, Caleb, Daisy, Kayden, grandpa, Elliot and even Erin are not the little details in my life. You’re all huge details because you’ve all impacted me in unimaginable ways. Don’t ever think that I won’t worry about you guys. I may have forgotten our relationship status before, but I never felt like I was around strangers. I can forget the details, but I won’t forget the love. I have to look to the future and make the next generation have an incredible life. But that doesn’t ever mean the past generation doesn’t matter to me. Its our legacy.”

Athena pushed her son’s hair out of his face and smiled sadly. She bit her lip, looking for the right words until she changed the subject altogether.”Your siblings are waiting to see you.”

Kayden pulled Daisy closer to him, to which she turned in annoyance. “You boys are such cowards.”

“I’m doing that for you. I know you’re scared.”

“Yeah, right. The special effects are terrible in this.”

“Shh!!” Caleb punched his little brother playfully. “She’s going in the cellar! The killer is going to be there in the shadows!”

Noah smirked, seeing an opportunity. He walked in quietly and then pounced in front of his siblings. “Booo!!”

Caleb fell to the floor, startled. Kayden grabbed Daisy’s arm once again and even Daisy flinched.

“Wait…did you just call me petal?”

“Yes, that is the nickname I gave you when we video chatted, right?”

“Oh my gosh! Noah…you’ve got your memory back!” She ran from her seat and hugged him. Caleb and Kayden followed suit. The four sat and caught up for a while until Athena and Levi came into the room demanding their children’s attention.

The four had already made themselves comfortable. Noah was glad for his parent’s intervention because Caleb and Daisy were beginning to grill him about his love life. How was Corrine? Emit’s two daughters? Noah was positive that he loved her but he wanted to make sure she felt the same before he told anyone.

“We have some news,” Athena spoke.

Levi had leaned in and pulled her close. “You don’ t have to do this.”

“Do what?” Daisy inquired.

“Well, you know that Noah is in charge of the Gray legacy now. I have no doubt in my mind that he is going to choose to stay in Lucky Palms.But, my generation…it’s in Lunar Lakes and I can’t leave it behind. My mother, and father, their graves are there. My brother and best friend are there. The house I watched you all grow up in is there. I fell in love with your father there. I can’t leave all of that behind.”

“Why….why do you think that you’re an insignificant part of my life? Of course I’m going to stay with you in Lunar Lakes. My whole childhood is there. My friends-“

“Name one of your friends there.” Caleb cut him off.

“She isn’t your friend. She’s the one who tried to sabotage Corrine. Corrine and us is all you had in Lunar Lakes. Corrine is in Lucky Palms. All thats left there is uncle Elliot, aunt Erin and Mom and Dad, because you know he isn’t going to leave her side.”

“It doesn’t matter. I’m not letting Mom and Dad live alone. They’re a part of this legacy too.”

“Our part of the legacy is over.” Levi stated. His age had really begun to show. He had to sit down before he could continue his thought. “Your mother, is stubborn. She waited by the time portal for days when she had originally discovered it. When she wants something, you can’t convince her otherwise. That being said, she wants you to be happy in Lucky Palms. She knows that there are important people waiting for you over there. People that you care about. She doesn’t want to hold you back from your future. But…she can’t let go of her past either. She doesn’t want to say goodbye but, every bird has to spread their wings and fly.”

“Dad…I can’t be without you guys,” Noah breathed. “I just got my memory back. Don’t take it away again.”

“You’ve proved that it is possible to live without us, and you’ve done so well. When you meet that one girl you love, you’ll be willing to give up EVERYTHING just to see her smile. Your mother, she’s just making that a bit easier on you.”

“I‘m not going to win with you guys, am I?” Noah frowned.

“Nope.” Athena concluded. “Your father and I are going back to Lunar Lakes. Don’t worry though. Technology has progressed so much in Lunar Lakes. We can visit each other now. It isn’t the same isolated world it used to be.”

“In that case…” Caleb stood up. “I’m going to Lucky Palms with Noah.”

“What? Why?” Noah asked. “I thought you wanted to shut those bullies up in Lunar Lakes?”

“Mom and Elliot. I want that relationship with my siblings. I want to be the uncle to your kid that Elliot was to me. The future is in your hands, but nobody said I couldn’t guide it.”

“Me too!” Daisy rose from her seat. “I’m staying in Lucky Palms.”

Daisy blushed, “How did you know?”

Noah was baffled. “What?”

“This guy in Lucky Palms. She’s in love. Finally. You know she spent a bunch of time there looking for you while you were here in Oasis Landing.”

“Shut up!” She defended.

“Kayden?” Levi asked. “Are you going to go with your siblings to Lucky Palms?”

He shook his head. “No. I understand what you’re saying about the next generation and all that but you’re forgetting something really important. You have to preserve the former generations. You can’t just forget about them and move on. I refuse to leave you guys. I don’t have what Noah has. I’m still searching for myself, and I know I find him in Lunar Lakes.”

Levi nodded. He wasn’t shocked. Kayden had always been the more reserved of all the Gray children.

Daisy took it well too. She had noticed the separation between the two of them. There was no such thing as the twin promise. The one that kept them together always. They were adults now. All of them. She had her dreams and he had his. There wasn’t anything stopping them from being best friends. Distance was no obstacle. 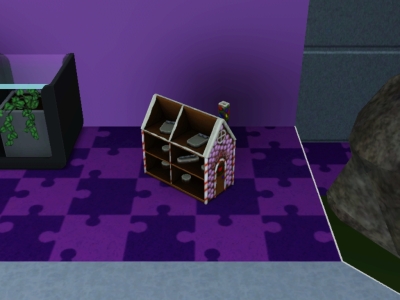 “Before we leave…” Noah started, “I want to say goodbye to Puzzle. I owe her an apology.”

Caleb frowned and took his brothers arm. “She isn’t here anymore. I mean, she is…but she isn’t human.”

“What do you mean?” Noah asked in disbelief.

“She’s over there.” He had led Noah down into the basement of the building. In the corner there was a doll house. It was loud and brightly decorated just like her. “She turned back into a doll. Not a stuffed animal, but like a porcelain one.” He leaned in and held the doll in his hands. She looked exactly like she did as a human. The same half purple and white hair, cupcake dress and strap up heels.

“The chemical that Mason guy used to bring her to life wore off. She turned back into a doll. But…for some reason, she didn’t react to the imaginary friend doll that I had. That doll is just a shell. It doesn’t move or speak like it used to when it was Puzzle. Instead, she became her own doll. I tried to use the potion that Grandpa gave me…but, it didn’t work. Puzzle isn’t my imaginary friend anymore. She’s just a doll and thats why it didn’t work.”

“So…this is her?” He turned to leave abruptly. “It isn’t fair. None of this is fair. How do you take a person’s life away? She was human. You can’t do that.”

“Nobody took her life away. It’s like dying of old age. Her time was up. She was happy, Noah. She told me to tell you that.”

“I…wish I could have said goodbye.”

“You can.” He handed his little brother the doll.

“Puzzle…thank you for everything. You’ve been a great friend and I promise to never forget you.”