Time flew by in the Gray household. As much as Leia hated to admit it, life did move on without Noah’s constant presence in the house. Noah was already a few month’s into his sentence and up until now, his family had been working tirelessly to get him out. Because of the severity of his case, Noah’s bail was pretty high, more money than the family had accumulated in the few short months. Caleb, if he really tried, could get the money in a few short appearances but Noah begged him not to go on TV and risk the privacy of his family. He had worked so hard to protect them and a few dollars wasn’t worth the utter turmoil. Noah made Caleb swear not to interfere and he had no choice but to oblige. In turn, his reputation in had not been so flattering. People were claiming he didn’t care about his family because he wouldn’t bail him out and others were calling him a wash out who couldn’t afford to post bail even if he wanted to.

None of that mattered to anyone in the Gray family. Leia did everything Noah told her, whether she wanted to or not, because she loved him and trusted him. She didn’t want to leave Apollo home on her visits to him, but Noah made her promise not to because he didn’t want his son to see him like that. She didn’t want Caleb to avoid paying bail, but again, Noah made everyone promise. Something about a promise to Noah, was sacred. Nobody dared disobey anything he said. Maybe it was Leia’s grief making her cling to his every word.

One particular evening, Leia was bedridden. She had been feeling extremely depressed. Seeing Noah through a glass wasn’t enough for her, but she refused to lay it out on everyone else. Apollo was now five years old and beginning to understand things. He kept asking things like, where’s daddy? Or even refusing to eat his dinner until daddy came home. It had been really hard on Leia. Everytime Apollo made a remark like that, she felt a pit in her stomach. She didn’t want her child to grow up hating their father like she did. So, she told Apollo lies. She told him that his dad was coming back soon but she never said where he went and always avoided the question.

Leia jumped out of bed and began to scream frantically, “Is anyone there!?”

Caleb ran into the room. “Leia…is everything alright?”

“Take me to the hospital NOW!”

“Leia, I’ll wait outside and let everyone know what’s happening,” Caleb said in a panic.

Leia tried to nod but pain shot through her body.

“Sir, you don’t want to go in with your wife?” The nurse asked.

“HE’S MY BROTHER IN LAW. NOW HURRY THIS BABY IS COMING OUT!” Leia shouted.

After 26 hours of pain and an exhausted Lorie and Caleb, the baby was finally born. A baby boy named Ambrose Gray. She had tried to ask Noah what he’d like to name the baby if it was a boy and what he’d like to name it if it was a girl and he told her to just surprise him. Secretly, he didn’t feel like he deserved to be making a big decision like that, if he wouldn’t even be able to be there when the baby was born.

“I’m just as excited as you are to have this baby, but jeez Lorie, it’s way too early for this!’ Leia exclaimed.

“Another nephew! Beautiful little baby boy. Can I be his godmother?”

“Well, you know…there’s no rule that says I can’t be both!”

“Share the wealth Lorie. Caleb, will you be his godfather?” Leia asked, turning to him. 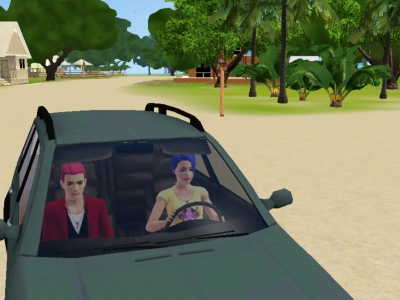 Days turned into weeks and weeks turned to months. Those months eventually turned into years. Leia and Caleb both visited Noah weekly. They’d alternate. When it was Leia’s turn to visit Noah, Caleb would watch Ambrose and Apollo and vice versa. Daisy after much deliberation, decided that it would be best for her, Cyrus and Tasha to move out and live on their own. Leia wasn’t offended in anyway, as she understood their predicament. The house was just getting too cramped for everyone.

Two very important birthdays had passed. Apollo celebrated his tenth birthday with a party. It had marked five years since Noah’s original sentence. He was halfway there. Apollo insisted on having his grandparents, uncles Cyrus and Kayden and aunts Lorie and Daisy come over to celebrate. He had a blast. Of course the massive amount of presents was an added bonus.

“Hey, I thought I was uncle C!” Caleb jokingly complained.

“No way. You’re uncle Rock Star! Mom showed me all of your shows on the internet! So cool!”

“Not as cool as Uncle C, right?” Cyrus poked his cheek.

“You’re both cool in different ways!” Apollo smiled. Of course Caleb held a special place in Apollo’s life because he saw him on a daily basis, but Apollo was too kind to point that out.

“Did you make a wish?“ Caleb asked.

“Of course! But I can’t tell you because then it won’t come true!” How desperately Apollo had wanted it to come true. 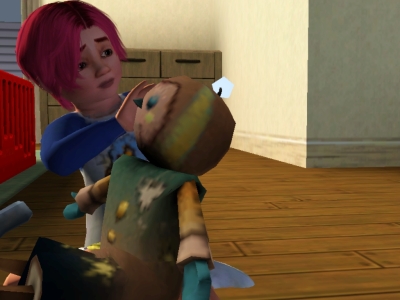 Ambrose turned four years old. He had silky pink hair just like his father. He had received a strange doll in the mail from a distant relative, but Leia didn’t really question it as Ambrose loved the doll. Caleb grinned remembering his special doll as well. Puzzle would always hold a special place in his heart as well as Noah’s.

Apollo started his first day at a new school. He was extremely nervous but put on a brave face for his poor mother.
“He’ll be fine, Lei. Everyone loves the new kid.”
“Nobody likes the new kid, Caleb. I was constantly the new kid growing up and it always ended  up terribly. So, I’m not convinced.” She frowned, watching her child ride off in the big yellow school bus.
“I was always being picked on and I was never the new kid. Apollo, unlike me, is a freaking cool kid, so he’ll charm everyone in that place!”
“I hope so. He really could use some good friends in his life right about now.”
“He’s asking about Noah again?”
“No, but I’m afraid that his classmates will talk…”
“They’re too young to know about any of this. He’s ten. Nobody bothered him about that in his old school.”
“That’s because I knew all of the parents…” This year she had decided to move Apollo to a school that was a bit closer to them. The first few years were fine, but now that Ambrose was getting older she couldn’t drive him to school every morning. Apollo was upset but he promised his mom he’d make new friends in his new school.
“You worry way too much. Apollo will be fine.”
“But, what if his friends talk about how cool their dads are and Apollo doesn’t have anything to say…?”
“Lei, I don’t mean to sound conceited or anything, but his uncle is one of Hollywood’s biggest stars.”
“You were a big star. Now you’re a super amazing uncle. Besides like you said, those kids are too young to know who you are!” Leia snickered.

When Apollo came home, he went straight to the video games.
“No homework today?”
“It was my first day.”
“Don’t you have to do something to let people know about you?” She placed a finger on her chin, trying to remember her days as a student.
“We did that in class,” He shrugged.
“What else did you do in class?” She asked, taking a controller as well.
“Since when do you play video games mom?”
“Always! Now don’t change the subject. Meet any friends?”
“I met a girl. Her name is Katherine, and I’ve got some boy’s gamertags to play with online this weekend too.” He gave his mother the thumbs up.
“That’s my boy!” Leia ruffled his hair.
“Hey mom! Cool it, you’re gonna get us killed. These invading aliens are merciless!”
“Merciless? Already with the video game vocabulary, I love it. Now lets kick some alien butt!”
In the other room Ambrose was crying his eyes out. Leia looked to her son and whispered a short apology as she got up. Caleb pushed her shoulder gently so she was sitting back on the couch with Apollo.  “I’ve got it, don’t worry about it.”
“Don’t tell Uncle C but you’re the coolest, Uncle Rock Star!” Apollo cheered.
“I know, I know. I’m awesome. You guys better get to level 18 this time.”
“Eighteen? Why what’s on level 18!?”
“That’s the farthest your mom has ever gotten,” He called from the nursery.
“There’s a vicious tentacle alien boss that spits out poisonous venom. I can’t even get close enough to it to land a solid hit,” Leia said.
“That’s because you’ve never had a partner like me!” Apollo said competitively. Leia smiled at her son’s drive. He really was just like her. 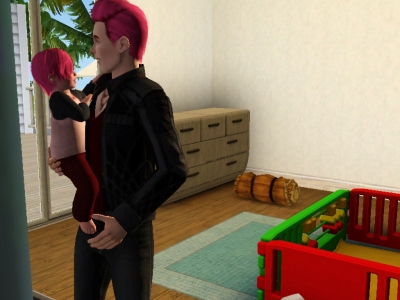 Ambrose cried, arms reaching up towards Caleb.
“What’s up little man, you hungry?” He tried to hand him a bottle but Ambrose fitfully refused. “You don’t smell like you need your diaper changed.”
Ambrose put his head against Caleb’s chest and shut his eyes. Caleb patted his head affectionately. Ambrose had taken a quick likeness to Caleb. Ambrose, unlike his brother, had never met Noah. Leia had a feeling that Ambrose knew that Caleb wasn’t his dad, but at the same time it didn’t stop him from thinking he was his father figure. Caleb made sure to always mention Noah to Ambrose, but he wasn’t quite sure the four year old understood him just yet. But, when he was older, Caleb would tell him wonderful stories about his incredible father. There were only five more years and Noah would be home and the family would be reunited once again.